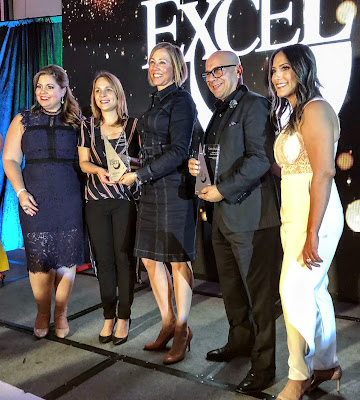 This is my first an English-language post on this blog. My intention is to share with colleagues beyond Puerto Rico the enormous communication challenges we faced following the aftermath the hurricane Maria’s destructive blow across the island.

As I write this blog post, 55 days after the event, Puerto Rico still faces many communication challenges: cell phone service is not fully restored, Internet service is available intermittently in certain areas, a TV station went permanently off the air, and over half of the population is still without electric power. This is an account of the total collapse of our communications infrastructure.

Hurricane Maria made landfall in Puerto Rico with 155 mph winds, on September 20, 2017, at approximately 6:15 a.m. The Puerto Rican population was properly warned by the Puerto Rican government that this would be the most destructive hurricane in many years and that the electric grid would collapse. Having faced hurricane Irma just a few days before, which was categorized as the largest storm ever in the Atlantic, Puerto Ricans were prepared. Fortunately, Irma veered north at the last minute and damage was minimal. Nevertheless, thousands of citizens who lost electric power due to Irma and have not yet recovered the service.

Since the evening of September 19, TV news broadcasts from channels 2 (WKAQ-TV), 4 (WAPA-TV) and 6 (WIPR-TV) updated citizens on the route of the storm from their studios, while reporters went out to the street showing stories about the initial impact of the storm. In the San Patricio neighborhood of Guaynabo, Puerto Rico, where I live, we were able to watch TV until 9:00 p.m., when the electric service collapsed. We had two other news media left: our AM battery-powered radio and social media.

In social media, I focused my attention on Facebook --while we still had Internet service and battery power in our cell phones-- to share impressions about the hurricane and see how our friends and relatives were faring under the storm. I learned about colleagues and friends living in the Miramar section of San Juan whose apartment windows were broken and had to take refuge in their bathrooms for six to eight hours. Others living in apartment buildings moved to the staircases looking for safety. Another one living in Levittown (Toa Baja) had to evacuate her home when it started flooding. The situation was frightening.

Once the electric service failed, I tuned in to WKAQ AM 580, an all-news radio station which covers the whole island through repeater stations. Journalist Rubén Sánchez and other staff from the station were ready for an all-nighter when in the middle of the evening broadcast they had to move from the AM studios to the WKAQ-FM 104.7 station. The building in downtown Guaynabo, which houses the Univision radio and TV stations in Puerto Rico, was battered by the storm. Water began pouring into the building as glass walls and skylights gave way to the strong winds. The radio transmission was cut off.

San Juan radio station WAPA-AM 680, with repeating stations in Ponce, Mayagüez, Arecibo, Ponce, and Guayama, was the only major radio station that managed to stay on the air throughout the 12-hour hurricane. Journalists Luis Penchi and Ismael Torres led the station’s team of news reporters, along with Jesús Rodríguez García and Andrés Virella. The station would be Puerto Rico’s lifeline for information for the next several weeks, as other journalists --Wilda Rodríguez, Graciela Rodríguez, Sandra Rodríguez Cotto and José Maldonado, among others-- volunteered their services to maintain the public informed on the recovery effort.

El Nuevo Día, Puerto Rico’s largest newspaper, also made an enormous effort to carry out its duty of informing the public, sending out journalists to different parts of the island before the storm. But as the cell phone and Internet communication collapsed, editors were unable to get in touch with their reporters for at least a day after the storm. Fortunately, the paper managed to print their first edition shortly afterward. Free distribution of the newspapers followed for several weeks.

As the hurricane force winds of María started to subside at around 2 p.m. Puerto Rico not only had an electric blackout, it was also completely in the dark in terms of news and information. A few of us started hearing news about the devastation from relatives in the U.S. if we managed to reach them over the phone. The intermitted Internet signal also showed us reports from abroad in social media. The lack of information was exasperating and frustrating.

I had access to a power plant and an over-the-air antenna to watch TV, but there was not a single station on the air. The transmission tower from WAPA-TV was knocked down by Maria and the station was off the air for two days. The transmission tower of government-owned station WIPR-TV also collapsed. Those of Telemundo went out of alignment. The first signal I managed to get was from The Retro Channel, a TV station showing Latin and American music videos from the 70’s and 80’s. Somehow, it seemed prophetic: for many weeks to come, our quality of life turned back several decades, and not in a good way.